All research-related MoUs are routed through the Office of Research. These MoUs are initially drafted by the OR and then are internally reviewed by OR before seeking approval from the designated authority. Once this internal review is completed, it is forwarded to the Vice Chancellor (VC) for final approval which is later followed by implementation.

Office of Research merely reviews the Non-Disclosure Agreement/Confidentiality Agreement. The signing authority for the NDAs/CAs is Principle Investigators (PI) themselves. PIs and their teams are responsible for ensuring confidentiality and data handling. In the case of NDAs LUMS is always kept indemnified and held harmless against any claims and liabilities arising in connection with data mishandling or a confidentiality breach.
Unlike MoUs, NDA can never be a standalone document.

For further queries, feel free to contact the Office of Research at or@lums.edu.pk. 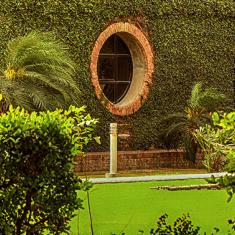 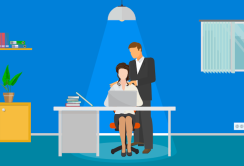 Extending Sexual "Harassment" and "Workplace" to Broader World of Work in Society
This project led by Dr. Muhammad Azeem, Associate Professor at SAHSOL will go through a desk review of current civil, criminal, and labor provisions and institutional mechanisms of Pakistani law which correspond to articles of C-190.
Full Story

Get directions and come experience LUMS